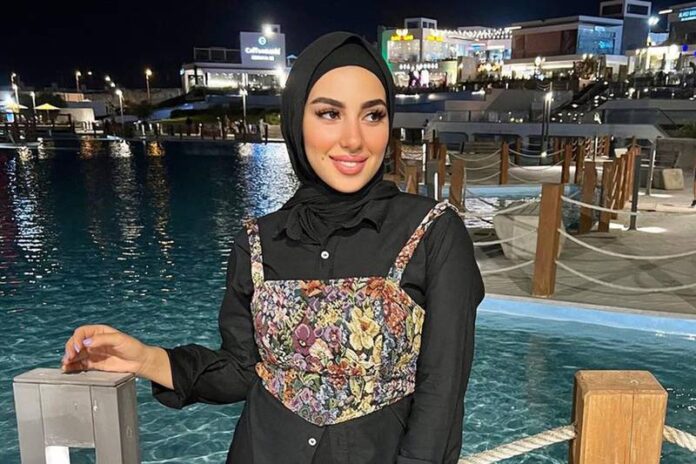 Ex-husband of Hadeer Atef arrested on charges of defrauding 16 people out of 1.5 million Egyptian pounds

Egyptian police arrested the ex-husband of a popular fashion blogger on Tuesday on charges of defrauding 16 people and stealing more than 1.5 million Egyptian pounds from them through various online channels.

ِA statement from the country’s interior ministry said the man, who is the primary suspect in the fraud, had been hiding out in a rented apartment in the Greater Cairo district of Giza. When confronted with the charges, the man confessed, the ministry said.

Mahmoud El Semary, defence lawyer for 27-year-old Hadeer Atef, a fashion influencer whose Instagram account has 2.5 million followers, said she will remain in police custody until the investigation into the case has concluded.

The blogger’s sister-in-law and her husband were also arrested on Monday night because of their alleged involvement in the fraud, he told The National.

Since November, police have received reports from victims alleging that Ms Atef, her ex-husband and former in-laws pretended they owned a group of companies that operated in various sectors including real estate, vehicles and securities trading.

While some said they sent Ms Atef small cash sums that she promised she would invest for them and give them a return of up to 200 per cent, others said they sent her larger sums on a promise that she would sell them cars at below-market prices.

Ms Atef’s mother, who has since her daughter’s arrest posted several livestreams to address the issue, said on Monday night that her daughter’s ex-husband had access to all of her bank and social media accounts, which enabled him to carry out the fraud without her knowledge.

Ms Atef left her ex-husband, with whom she has an infant daughter, in late November because of interventions from her family, her mother said.

“She was in the interrogation room until 6 o’clock this morning,” Mr El Semary said.

“I have submitted her divorce certificate to prosecutors to prove that she had nothing to do with her husband’s fraudulent scheme and that she left him.

“She has a court date tomorrow but we expect that her detention will be extended as investigations have not yet concluded.”

He insisted that Ms Atef was not aware of any fraudulent behaviour being carried out through her accounts but that her husband was fully aware.

Following her arrest, a rumour that Ms Atef’s ex-husband had accumulated $345 million in cryptocurrency through the fraud was reported by a number of prominent news outlets including one of Egypt’s top talk show El Hekaya.

But Mr El Semary said this is false, referring The National to an Instagram story posted by the suspect earlier this month in which he says he only has 350,000 Egyptian pounds in his bank account and that he would need time to pay people back.

The post was a response to mounting threats from victims that they would report him to the police.

“I am not sure what kind of trade he would be in to accumulate 345 million dollars but this is not true,” Mr El Semary said.

“But the fact that he was the one in the video saying that he would pay people back is further proof that my client was not behind the fraud.”

The lawyer said he is waiting for the interrogation transcript from his client’s ex-husband which he expects will prove her innocence.