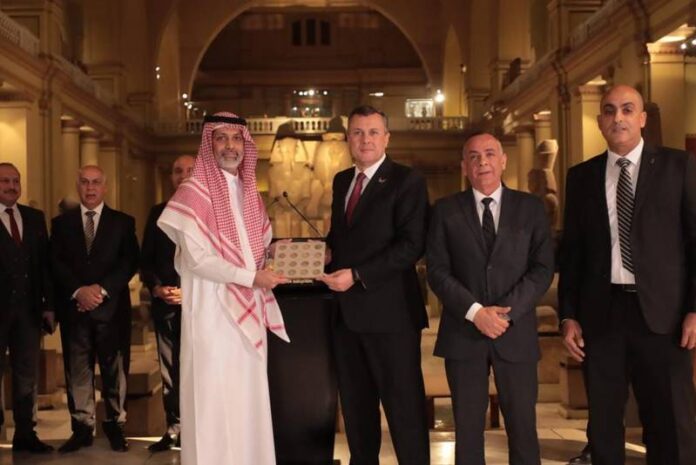 Egyptian antiquities officials handed over a collection of smuggled antique coins to representatives from Saudi Arabia, Jordan, Iraq and China on Monday.

Ambassadors and embassy personnel from all four counties attended a ceremony at Cairo’s Egyptian Museum in Tahrir Square to receive the coins, which were originally minted in their respective nations.

Mostafa Waziri, secretary general of Egypt’s Supreme Council of Antiquities, said during the ceremony that authorities seized the coins, 176 in total, at various exit points including Cairo Airport and several post offices over the past year.

Officials foiled attempts to smuggle the coins out of Egypt to be sold, he said.

Ahmed Eissa, Egypt’s Minister of Tourism and Antiquities, said during an address on Monday night: “With tonight’s event, we would like to send an important message, which is that Egypt is not only committed to preserving its own heritage but also that of other countries.”

The foreign representatives lauded Egypt’s efforts to return the haul.

The minister said the handover was conducted in accordance with the 1970 Unesco Convention, an agreement signed to curb the smuggling of antiques worldwide, which Egypt became a signatory of in 1972. The countries whose coins were returned on Monday are also signatories of the convention.

He said a large number of artefacts originating in overseas countries had been seized by Egyptian border officials.

The Egyptian head of the central administration for ports, Hamdi Hammam, said the Saudi Arabian coins dated back to the reign of King Abdulaziz Al Saud and were in denominations of a quarter, a half, one and two riyals. a half piastre and one piastre.

All of the Chinese coins were minted during the Ming dynasty.

The coin collection will be held at the Egyptian Museum until they are returned to their home countries, an antiquities ministry statement said.

In 2020, Egypt handed over a collection of gold and silver coins to representatives from the Saudi Arabian, Chinese and Indian governments.

In 2017, a number of coins were also returned to Saudi Arabia and Iraq.

In 2014, three statues were repatriated to Ecuador and two to Peru after being seized in Egypt.