Middle East expert Amy Hawthorne gave a talk at Penn Tuesday evening on the changes that Egypt has gone through under the rule of President Abdel Fattah al-Sisi, arguing that al-Sisi’s rule is worse than that of former President Hosni Mubarak.

The lecture, titled “A New Authoritarianism: Egypt in the Age of al-Sisi,” was organized by Penn’s Middle East Center. Hawthorne, the Deputy Director for Research at the Project on Middle East Democracy, gave a brief overview of the situation in Egypt today under al-Sisi, who led a coup to overthrow Egypt’s first democratically elected president Mohamed Morsi in 2014. She was joined by Nada Matta, Assistant Professor of Global Studies and Modern Languages at Drexel University, who provided feedback and questions.

During the lecture, Hawthorne mainly focused on several trends in Egypt that she observed after Sisi came to power. She compared al-Sisi’s rule with that of Hosni Mubarak, who served as president from 1981 to 2011 before stepping down as a result of the Egyptian Revolution of 2011.

UAVs Continue To Grow in Strength in the Middle East

Hawthorne added that al-Sisi has expanded the role of the military in the economy to secure his position as Egypt’s leader, which has in turn worsened corruption and damaged private business. 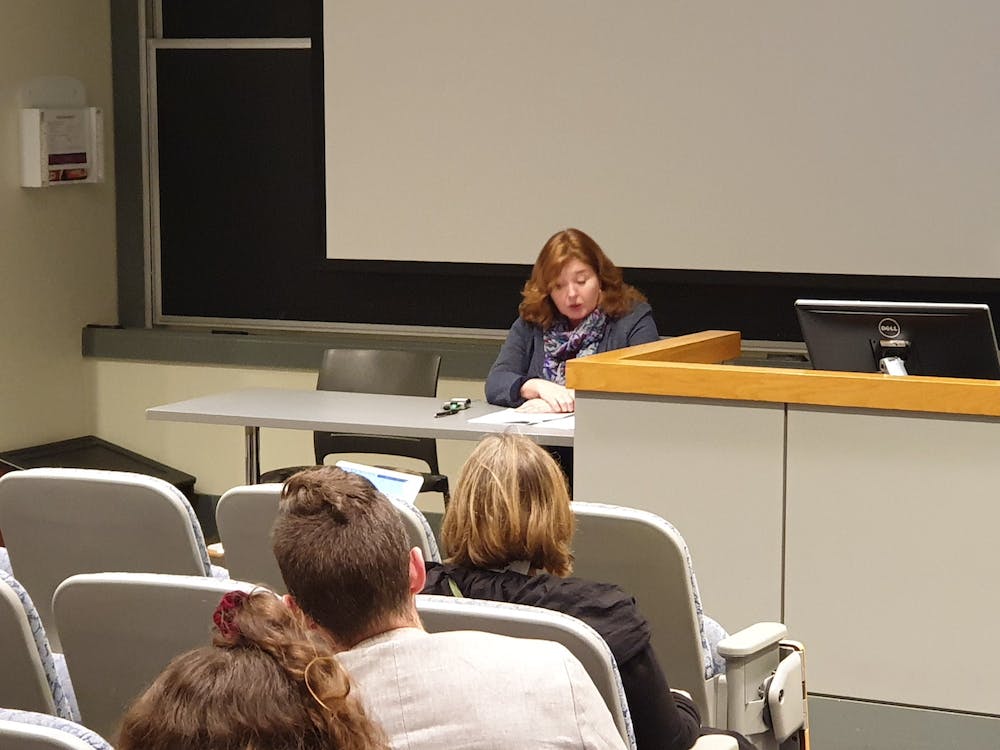 Hawthorne stressed that the al-Sisi regime has actually been more repressive than the Mubarak regime when it comes to mass incarceration and detaining civilians.

“The Mubarak regime was a semi-authoritarian regime in which there existed a small margin for civilian participation and diversity of political parties,” she said, contrasting this to the lack of civilian politicians under al-Sisi. “The judiciary along with the media and the parliament are filled with people loyal to [al-Sisi], and even if you individually express your opinion without any political affiliation, you might face arrest and detainment.”

Although al-Sisi and Mubarak both started out as military officers, Hawthorne added, Mubarak had some experience in civilian politics as vice president before becoming president, while al-Sisi had none. She highlighted the al-Sisi government’s inability to address the nation’s security threats, including acts of violence committed by anti-state groups that have often targeted civilians.

Considering how security is especially crucial for a country where tourism revenue is a significant element of its economy, Hawthorne said such incompetency fuels the “ongoing cycle of the citizens’ resentment toward the government.”

Toward the end of the lecture, Hawthorne expressed concern that the al-Sisi regime is putting Egypt’s long term sustainability in jeopardy, especially since the vast majority of its citizens are excluded from the nation’s policy-making process. She said the United States should continue monitoring the situation in Egypt.

“Egypt is a recipient of a huge amount of foreign aid by the U.S., and U.S. tax dollars are being used to support the [Egyptian] government, so that means that we have a direct stake in what happens in Egypt,” Hawthorne said. “Also, it’s the biggest [and] most populous country in the region, and it’s important to the Middle East, which is a region that continues to loom large in U.S. foreign policy.”