Greenpeace accused of greenwashing Egypt’s image ahead of Cop27 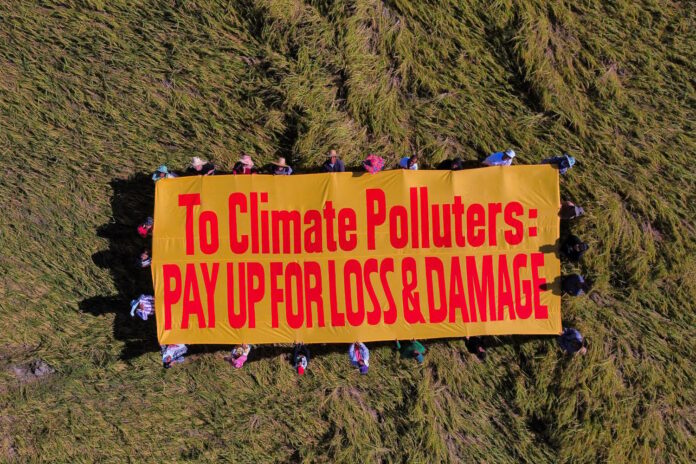 Stephanie Kirchgaessner in Washington and Nina Lakhani in New YorkSun 30 Oct 2022 08.0Greenpeace has been accused by human rights defenders of “greenwashing” the Egyptian government’s image and discouraging other activists from forcefully raising the country’s abysmal human rights record ahead of Cop27, the UN climate summit that will be held in the Egyptian resort town of Sharm el-Sheikh next week.

Criticism of the global conservation group comes as human rights advocates have warned that environmentalists should not downplay concerns about Egypt’s human rights record out of fear that it could curtail their access to the global summit or that it might take attention away from achieving climate objectives. Advocates argue that meaningful climate action can only be achieved if scientists, activists and journalists are free to pressure governments to transition away from fossil fuels.

The government of the Egyptian president, Abdel Fatah al-Sisi, who took office in 2014, holds an estimated 60,000 political prisoners and has silenced independent environmentalists and climate activists. The US state department has listed “significant” human rights issues in the country, including unlawful or arbitrary killings, extrajudicial killings by the government, forced disappearances by state security, and torture and life-threatening conditions in Egypt’s prisons.

Human rights defenders – some of whom spoke to the Guardian on the condition of anonymity, in part because of concerns about their safety – say Greenpeace has stood out for its reluctance to criticise human rights violations by the Sisi government ahead of the summit.

In one case, activists with direct knowledge of the matter said a demand calling for the release of all political prisoners proposed by Egyptian human rights activists in the Cop27 Coalition was opposed by Greenpeace and Egyptian environmental groups who were in the coalition.

The position of the green groups, the activists said, required international groups to step into the fray and serve as mediators. Ultimately compromise language was agreed in which political prisoners were referenced in the preamble text before a full list of climate-related demands. Greenpeace ultimately withdrew from the coalition, as did some Egyptian groups, including at least one sponsored by Egypt’s ministry of environment.

Others with direct knowledge of the matter said that Egyptian environmental groups felt they had no choice but to withdraw from the Cop27 Coalition due to concerns that the regime would further limit their work. One local Egyptian environmental activist said: “We all agree about the intersection between human rights and climate justice and should be fighting the authoritarian regime together, not bickering amongst ourselves … The concerns about our safety are genuine.”

The controversy surrounding the Coalition’s is not the only dispute.

In July, a group of environmentalists and activists wrote an open letter expressing their alarm over Egypt’s ability to host the event successfully because of its poor record on human rights, especially as thousands of prisoners of conscience remain imprisoned. The signatories included John Sauven, former executive director of Greenpeace UK, but Greenpeace UK declined to sign.

“It was Greenpeace that was against signing a petition for the release of Alaa Abd El-Fattah,” the person said, referring to the imprisoned British Egyptian blogger who is one of Egypt’s most well-known activists for his role in the Egyptian uprising in 2011, and has spent most of the last decade behind bars. He has also been on a hunger strike for about 200 days and recently told his family that he believes he may die in prison.

Mike Townsley of Greenpeace International said: “We are very concerned about the dire situation of human rights in Egypt and believe you cannot have climate justice without social justice.”

He added: “Our work in Egypt comes with significant risk to the safety of staff who will continue working there long after Cop27 is over. It is our duty to not only consider their safety, but also to avoid increasing the risks faced by the growing environmental movement in Egypt. Balancing the safety of our staff and our partners with the need to speak out is not easy. Around the world human rights and environmental defenders face growing threats. It’s crucial to find ways to continue to tackle the rising tide of oppression and destruction as well the broken global system which fuels it.”

Abd el-Fattah’s sister, Sanaa Seif, who is also a human rights defender, is among those who have been critical of Greenpeace.

“Greenpeace’s position is really disappointing, and they should know better. A lot of us are worried about putting African and Egyptian activists in danger, but the big western organisations have much more room and leverage to speak out, and make human rights a priority at Cop. If entities like Greenpeace were vocal, there would have been a lot of pressure on John Kerry to engage with Sisi on human rights and climate at the same time,” Sanaa Seif said.

Last week, Greenpeace UK’s new executive directors, Areeba Hamid and Will McCallum, released a statement calling on Abd el-Fattah’s safe release and return to the UK to be a priority across all UK diplomatic channels.

“Alaa’s life is at serious risk. He is out of hope and has been on hunger strike since 2 April 2022. Since 26 May, he has been consuming 100 calories a day – a teaspoon of honey and a bit of milk is all that’s been keeping him alive,” the group said. “It is vital that the UK goes beyond lip service and uses its significant leverage to release Alaa and other prisoners, or else risk tacitly endorsing this pattern.”

In response, Seif said she welcomed Greenpeace’s decision to highlight her brother’s plight and urged other international organisations attending Cop27 to call out human rights abuses.

Greenpeace has also not signed a petition by the human rights coalition calling on Egyptian authorities to open up civic space and release political prisoners.

The petition, which has almost a thousand organisational and individual signatories including 350.org, Amnesty International, Greta Thunberg, and Climate Action Network, the world’s largest climate network made up of over 1,500 civil society organisations, has also not been signed by the World Wildlife Fund, or Oxfam among other international groups.