Two men have been arrested after Hong Kong police seized explosives in a raid on a flat, as officers investigated whether the chemicals were linked to a bomb attack on officers on Sunday night.

Officers from the force’s explosive ordnance disposal bureau were called to Oak Street in Tai Kok Tsui at around 7pm on Tuesday after officers acting on intelligence raided a flat.

Police took away two men for investigation. Bomb disposal experts were examining the chemicals but there was no immediate information on the type and amount of explosives found.

That followed an incident in Mong Kok on Sunday night in which an improvised explosive device (IED) was used for the first time in the ongoing anti-government protests with the intent to kill or maim police.

The home-made remote-controlled bomb, which went off near a police car, was detonated when officers were at their most vulnerable, bureau officers said on Tuesday, while revealing new details about the attack. The bomb was left in a flowerpot between Fife Street and Nathan Road. It exploded after police officers parked their car and got out to clear protesters’ roadblocks about 10 to 15 metres from the bomb. No officers were hurt.

Senior Superintendent Alick McWhirter said the suspects carefully chose a location to leave the bomb where they thought police would stop. They likely remained in the area to watch and did not detonate the device when the streets were empty or when police vehicles arrived, he said.

“They waited until the officers exited their transport and were at their most vulnerable,” McWhirter said at a press conference. “The power of the explosion was felt by the officers, who were stunned by the noise and felt the blast wave.”

The bomber did not detonate it as officers were getting out of the car as the device was placed to the right of the vehicle and they exited from the left side, McWhirter said. The suspect waited until they were directly in line.

“When they moved in front of the vehicle, that was the moment they were in the direct line of sight of the bomb. That was the most vulnerable point,” he said.

The bureau confirmed a Post report that the bomb contained a mobile phone, circuit board, battery and high-powered explosives.

McWhirter estimated there were between 50-100g of high-powered explosives in the device.

To make the IED would have required research, the purchase of precursor chemicals and testing of the bomb. All that along with the carefully chosen location and blast timing meant the attack was like a terrorist act, said McWhirter, a bomb disposal expert.

“[The bomb was] similar to those used as a modus operandi by terrorists around the world,” he said.

McWhirter said most cases involving home-made bombs in Hong Kong were experimental, although explosives, in the form of fireworks, were easier to get than in places such as Europe.

He said that made cases involving explosives with the intent to harm or kill stand out, citing the examples of arrests in Tsuen Wan this year and Aberdeen in 2014. 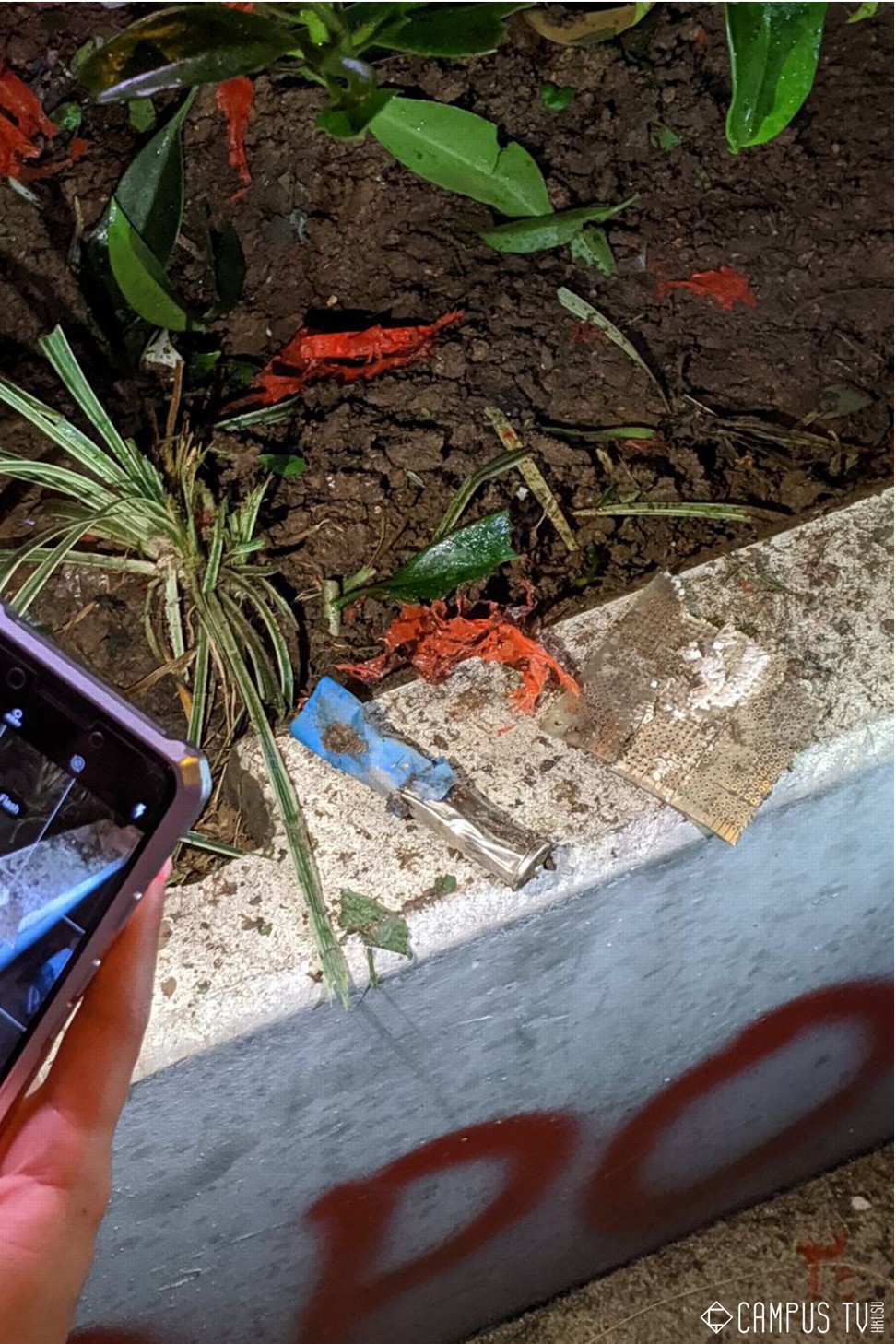 On July 19, police arrested three people after raiding a home-made laboratory in the Lung Shing Factory Building on Texaco Road and seizing what was said to be the largest amount of the deadliest explosives ever uncovered in Hong Kong. Among the materials seized was triacetone triperoxide, also known as TATP, which police said was unstable and dangerous.

One of the three has been charged with possessing an explosive substance, an offence punishable by 14 years in prison.

In August 2016, 17-year-old Leung Kwok-hung was jailed for six years after he took a bomb to Aberdeen Police Station in a comic-inspired revenge plot after he said he was mistreated previously when he was arrested for burglary. Leung presented test tubes with TATP at the station report room and threatened to detonate them in October 28, 2014.

He was subdued and a subsequent search of his Aberdeen home found tools and a large stash of materials that could have produced 20 more tubes of TATP.

His internet browsing history showed more than 170 sites and videos on making explosives.