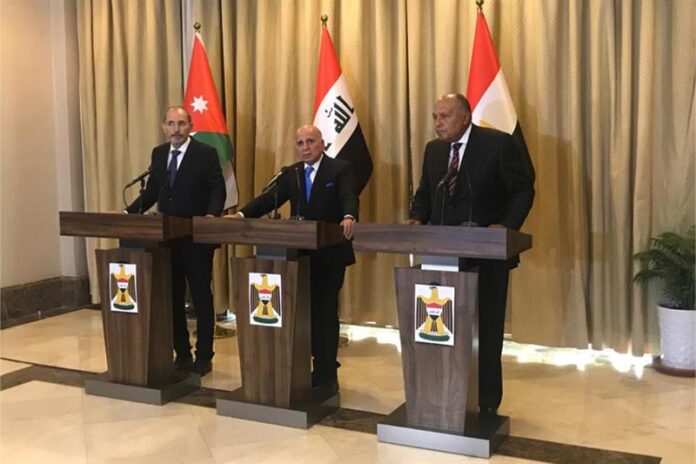 This agreement comes in light of Egypt’s presidency of the 2022 UN Climate Change Conference (COP27).

Safadi’s remarks during a press conference organized at the conclusion of the second Baghdad conference for cooperation and partnership which is hosted by Jordan.

The Jordanian foreign minister added the leaders of Jordan, Egypt and Iraq stressed the need for joint action within the tripartite cooperation mechanism and within cooperation with France to counter the impacts of climate change

President Abdel Fatah al-Sisi arrived Tuesday in Jordan to take part in the second edition of the “Baghdad Conference on Cooperation and Partnership.”

Ambassador Bassam Rady, the presidency’s spokesperson, noted in a press statement that the president’s participation is the framework of Egypt’s backing to Iraq to reinstate its effective and balanced role on the regional level.

Rady also stressed Egypt’s eagerness for guaranteeing security and stability in Iraq. In that context, the spokesperson clarified that this session will build upon the outcomes of that held in August 2021. That is by discussing ways that can bolster constructive dialogue pertaining to resolving regional issues, and establishing economic partnerships between Iraq, neighboring countries, and allies.