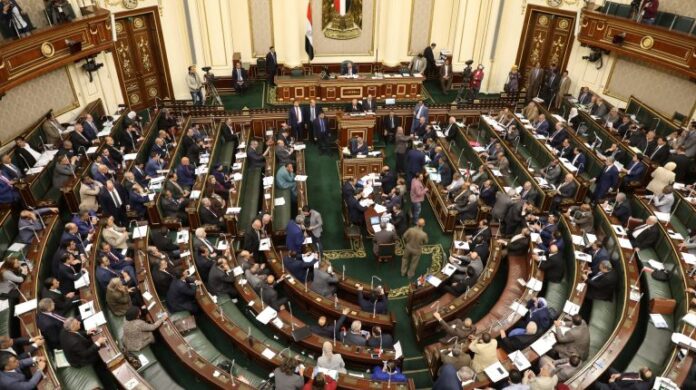 The House of Representatives, headed by Hanafi Gabali, approved on Tuesday a draft law submitted by the government to grant some importing facilities to Egyptians residing abroad.

On 16 October, the House of Representatives referred the draft law to a joint committee of the committees of plan and budget, economic affairs, constitutional and legislative affairs, and foreign relations.

The draft law came in response to the demands of many Egyptians residing abroad, whereby every Egyptian with a valid residency abroad is granted the right to import one private passenger car, no more than three years old from the year of manufacture, exempted from all customs, taxes, and fees that should to be paid for the release of the vehicle.

This is done in return for depositing a cash amount in foreign currency equivalent to the value of all taxes and fees that had to be paid to release the car, with the Ministry of Finance, for which no return is due, and this amount is to be recovered after five years from the date of deposit. The value in the local exchange rate of the foreign currency in which it was paid and at the exchange rate announced by the Central Bank at the time of redemption.

Following the issuance of the law, the Cabinet will issue, within two weeks of the law’s effective date, the decision implementing its provisions, including the value of deposit and the required type of foreign currency, classified according to the types and categories of cars and their origin.

The draft law stipulated that the transfer of this amount from abroad be within the framework of the transfers of Egyptians residing abroad in a way that ensures that the foreign currency available in the local market is not recycled, and thus raises the volume of demand for foreign exchange, which is inconsistent with the monetary policy of the state.

Fakhri El-Feki, head of the Parliament’s planning and budget committee, stressed that this draft law benefits everyone, whether Egyptians abroad and the government.

Ashraf Rashad al-Sharif, head of the parliamentary bloc of the Mostakbal Watan Party, described the bill as an idea outside the box.

Rashad stressed that this is one of the few times that we find an idea from outside the box, and everyone will be a winner. He added that the idea of ​​the draft law was crafted and developed in an advanced manner and guarantees everyone benefits without causing any harm to any party.

Rashad explained that this is an advantage granted to Egyptians abroad to contribute to the support of the country, explaining that there are some demands to generalize this idea to all, whether foreigners residing in Egypt or Egyptians on the land of Egypt, making it turn outside the framework from the ground up and negatively affecting the economy and the car industry in Egypt.

He pointed out that the draft law in its current form as it came from the government achieves the state’s benefit in providing hard currency, as well as Egyptians abroad to obtain a comparative advantage by importing a car without customs.