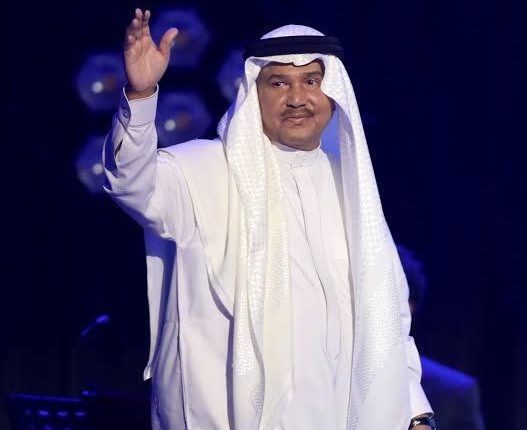 Veteran Saudi singer Mohammed Abdu definitely belongs to the golden age of Arab music. He still sings poems and presents classy music. His voice gives the Arabs hope to restore the golden era of singing that disappeared with the departure of its great singers.

Abdu performed in the celebration of the National Day of Saudi Arabia, in the city of Tabuk last Saturday. He now prepares for a concert in Dubai with Maestro Walid Fayed. Abdo always confirms that his participation in such celebrations means a lot to him.

The homeland has given me a lot in terms of security, safety, and art. Therefore, I am trying hard to achieve the vision of our forward-thinking leadership to develop our country and keep pace with developed nations. Art is a beautiful means of communication between nations, and singing is part of this language.

As for holding the concert a day after the National Day, we usually celebrate the National Day over several days, provided that all fellow singers participate in these concerts giving the Saudi public the chance to enjoy the occasion in different cities.

Why do you perform romantic songs at such celebrations?

Since you mentioned your great concert at the Paris Opera, what are the other major places in which you have performed so far?

The successful person is the one who always strives to achieve what he aspires to. I have performed in great theatres since the 1980s, such as the Albert Hall in London. Since then, I have been very selective about the places where I sing. For example, I participated in a festival in Shanghai, when the International Expo was held there years ago. I discovered that our Arab artworks are well received in the East; however, I found that the Arab media did not cover this aspect.

We have not seen you in Egypt for about four years, why?

A few months ago, I was in Cairo in order to prepare for the rehearsals of the French opera with my friend, Maestro Walid Fayed, and I spent quality time there. My previous concerts in Cairo were well organized under the supervision of my friend Khaled Abu Munther, and were always preceded by huge press conferences. I have never seen such conferences. There used to be about 500 journalists and correspondents of the Egyptian and Arab media.

Did you miss singing in the Cairo Opera?

Yes, undoubtedly. Who knows! I may perform there soon. The pandemic that swept the whole world disturbed many things in all the countries of the world.

Is singing at the opera house different from other places for you?

Yes, there is a lot of difference between the two cases; psychologically and in terms of preparation.

Some accused you of criticizing your fellow singers in the media. How do you see that?

I criticized some of their artworks not personally. I apologized to those who did not understand that.

Have you ever participated in the celebrations of the 6 October War? Is it possible to present a song about Egypt and Saudi Arabia?

Although I have not participated in any of the celebrations of the 6 October War, I presented many songs about Egypt in the first concert after the war in 1973. It was a large celebration, in which more than 30 singers performed. I performed a song called “The Brown Boy”, and it was about President Mohamed Anwar Sadat. It achieved a resounding success in Egypt. My heart is with Egypt’s army and people. Egypt lives now in safety under President Abdel Fattah Al-Sisi, and I wish to participate in a similar operetta to the “Arab Dream”.

Why didn’t you present a song in the Egyptian dialect?

Did the recent political disputes have an impact on the mood of the Gulf audience?

Politics did not affect the mood of the public. The new generations want to make their way and offer a new type of songs and music.

The six Gulf countries avoided the crises that the Arab world was going through. This is, of course, for the wisdom of their leaders, who saved us from these disasters. Our leaders love their homelands and their people, and seek security and peace for all.

What do you think of the current art scene in Saudi Arabia?

What is happening is great and important. It is owed to the audacity of Prince Muhammad bin Salman and his keenness to keep pace with other cultures in the world. This revolution would not have occurred without him. This revolution brought about an awakening of Saudi culture and art in general. Therefore, it was my honour to participate in this important stage of my country’s history and to present everything that I can offer to my country through my art. This step was supposed to happen years ago, but it needed a brave person to take it.