HomeBusinessCIB, Egyptian Center for Economic Studies hold Towards COP27 and Beyond Conference
BusinessEconomyEgyptNews

CIB, Egyptian Center for Economic Studies hold Towards COP27 and Beyond Conference 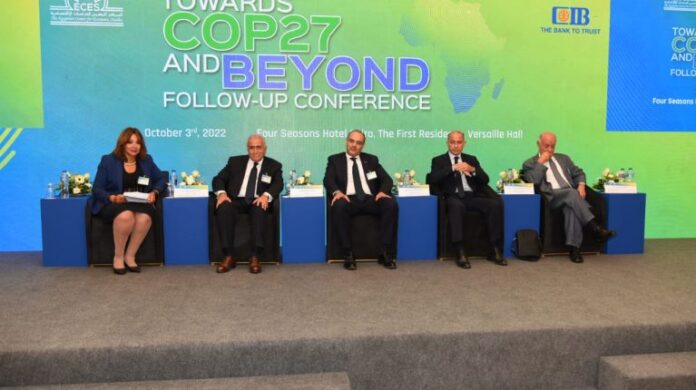 The conference represented the culmination of a 6-month initiative by the two organisations to ensure the voice of Africa is heard at this year’s Conference of the Parties on climate change (COP27) being held in Egypt in November. Both the CIB and the ECES have been conducting a series of webinars and conferences focused on specific problems and offering solutions. To date, the CIB has conducted six webinars and one conference.

Mohamed Sultan, Chief Operating Officer of the CIB, said: “The CIB’s commitment to the environment and sustainability is broad and deep. As a founding member of the Net Zero Banking Alliance, we have dedicated resources to develop meaningful initiatives across all our businesses that impact our customers, employees, and the environment at large. Our partnership with the ECES is an added dimension to the CIB’s environmental activities. We are excited to bring forward the voice of Africa and support green projects in Egypt that can have a profound impact on the entire continent.”

Abla Abdel-Latif, Executive Director and Director of Research of the ECES, and Chair of the presidential advisory board for economic development, commented: “Representing Africa gives special importance to COP27. Sharing CIB’s vision to address core environmental issues to develop realistic solutions makes this partnership powerful. Our joint activities have produced significant findings, and importantly, solutions which will result in a meaningful contribution to COP27.”

Over the course of the one-day conference the sessions included: Share status on actual official preparations of COP27 through participation of all three organizations involved in the Egyptian Presidency of the conference, Present results of the ECES and the CIB joint activities, including on the ground actions to support scalable entrepreneurial green projects in Egypt that have potential to be implemented on the African Continent Discuss global developments on the climate issues, e.g. implications and potential impact of the ongoing Ukraine war on COP27. In addition, reduce the unfairness felt by the South, an initiative that includes the ECES as a key contributor, Implement an environmental awareness education programme in Egyptian schools, beginning with a pilot campaign for children ages 8-10 in an Egyptian public school, Outline planned steps following COP27 out of a strong belief that following up on climate policy actions is far more important than the conference itself.