HomeAfricaEgypt's pound gets pummelled, but reform hinges on military's ousting from economy,...
AfricaBusinessEconomyEgyptEuropeFeaturedNewsRussiaUkraine 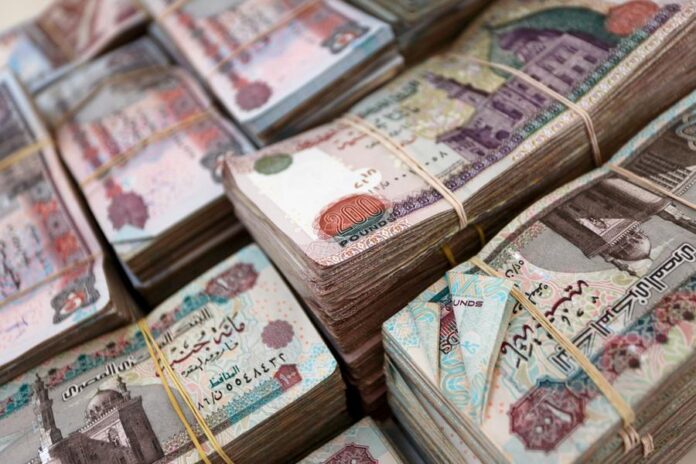 Egypt’s preliminary agreement with the International Monetary Fund to access $3bn in funding could help restore some investor confidence in the North African country, but real progress hinges on Cairo’s appetite to follow through with reform, analysts say.

Egypt’s already heavily indebted economy has been battered by the war in Ukraine and a rising US dollar. The country has seen about $20bn in outflows from foreign investors this year. The war has also hit imports of wheat and inflows of tourists from Russia and Ukraine, upon both of which Egypt relied.

“If approved, [the agreement] will unlock further investment from other regional and multilateral lenders and help Egypt to service its external debts,” Hamish Kinnear, an analyst with Verisk Maplecroft, a risk advisory firm, told Middle East Eye.

The Egyptian pound, which has dropped about 21 percent against the US dollar this year, fell a further 15 percent on Thursday, reaching a record low against the greenback.

Egypt’s Central Bank announced a rise in interest rates by two percentage points and a pivot to a more “durably flexible exchange rate”, shortly before the IMF deal was agreed upon.

Analysts suspect Egypt has been tapping into its foreign reserves to prop up the currency, a move the bank has denied. Egypt’s foreign exchange reserves have fallen from about $41 billion since February to around $33bn in August, according to the Central Bank.

“The decision to devalue the currency and shift to what the IMF is terming a ‘durable flexible exchange rate regime’ is promising,” Callee Davis, an economist with Oxford Economics specialising in North Africa, told MEE.

While allowing the exchange rate to be set by market forces could help attract more foreign investment in Egypt, analysts say it is also likely to add pressure on inflation, which hit a four-year high of 15 percent in September on the back of rising food and fuel costs.

“The currency devaluation is part and parcel of the kind of reforms that the IMF will expect from Egypt, [but] the short-term cost is further pain for Egyptian consumers, as a weakened pound undercuts their purchasing power,” Kinnear said.

President Abdel Fattah el-Sisi has been wary of public anger over rising food prices. His government sought to limit cuts to social programmes in talks with the IMF, people familiar with the matter told MEE.

Successive Egyptian governments have maintained a vast state subsidy system, including one that allows more than 60 million people, about two-thirds of the population, to receive five loaves of bread daily for 50 cents a month. No government has tried to touch the programme since bread riots erupted in Egypt in the 1970s.

Egyptians hunt for dollars, gold to protect savings ahead of expected rate hike

More recently, the government has opened military-run grocery stores with products below market price and has forced local wheat producers to sell a portion of their harvest to the state, as it struggles to pay for imports.

As part of the IMF deal, Egypt agreed to relax a series of import restrictions it introduced in March to protect its foreign reserves. A rule mandating companies obtain letters of credit for foreign purchases is set to end in March. Egypt has recently faced supply shortages of imported goods.

In addition, Egypt rolled out measures to mitigate skyrocketing prices. On Wednesday, the government announced a rise in the minimum wage for public employees from 2,700 pounds ($137) to 3,000 (about $152).

“There have been discussions about this loan since early March. Russia’s invasion of Ukraine gave enormous impetus to the talks,” Mirette Mabrouk, founding director of the Middle East Institute’s Egypt programme, told MEE. “As far as IMF deals go, this is a very good one.”

How low can the pound go?

Analysts say the agreement’s success will depend on Cairo’s willingness to carry through with reform. Egypt has borrowed about $18bn from the IMF, making it the fund’s second-biggest debtor after Argentina. The new loan marks Egypt’s fourth since 2016.

International partners have also pledged $5bn to help finance Egypt’s external funding gap – estimated at a whopping $40bn this year and next year, Egyptian officials said in a news conference on Thursday. The IMF could also provide an additional $1bn through a new sustainability fund.

Davis says a key a metric of Egypt’s appetite for reform will be whether it allows for further depreciation of the pound.

“This is not the first time that Egypt has floated its currency in the run-up to an IMF deal. Devaluations have typically followed IMF deals, followed by a shift back towards currency intervention.”

“We remain sceptical that the Central Bank of Egypt will fully commit to the liberalisation of the Egyptian pound this time,” she added.

But the Middle East’s most populous nation may not have a choice. Nearly a third of Egyptians live in poverty, with millions more on the cusp. Egypt’s external debt has swelled from $37bn in 2010 to $155bn as of June.

Meanwhile, President Sisi has overseen a spending splurge on infrastructure projects such as a lavish new capital city. Cairo has also pledged to boost the private sector.

Energy-rich Gulf states from Qatar to Saudi Arabia are eyeing investments in Egypt. But pledges to privatise companies have also coincided with an insertion of the military into nearly every aspect of economic life.

A key metric of Egypt’s willingness to reform its economy may lie in whether President Sisi rolls back the military’s dominant role in the economy.

“The trickier asks are reforms to state-owned enterprises (SOEs), particularly those linked to the military. Their heft is a drag on private sector growth, but wholesale reform threatens the privileged position of the military in the economy – making such reforms unlikely,” Kinnear, from Verisk Maplecroft, said.

Share
Facebook
Twitter
Pinterest
WhatsApp
Previous articleWhat to Watch for at the 6th CICA Summit
Next articleBiden to travel to Egypt, Cambodia and Indonesia for November summits
RELATED ARTICLES
Continue to the category
Africa