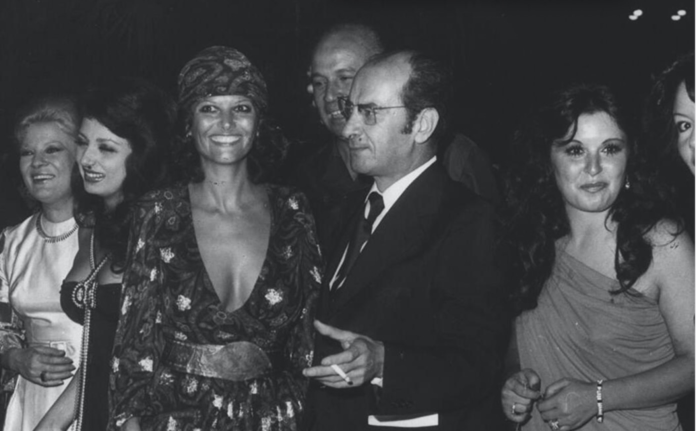 For nearly five decades, the Cairo International Film Festival (CIFF) has been considered Egypt’s window to the wonders of cinema. Thousands of people from all over the world come to Cairo – in glittering ballgowns and sharp-looking suits – to celebrate the filmmaking industry.

Egypt has long been an epicenter of art, and has celebrated cinema since the introduction of the art of filmmaking in 1896. With this grand history as a backdrop, CIFF was first launched in 1976 by the Egyptian writer and head of the Egyptian Cinema Critics Association Kamal El Mallakh, to highlight the role of Egypt in the global world, and bridge cultural gaps.

Considered one of the longest-running cultural events of its kind in the MENA region, CIFF rose to become one of the 15 festivals that are accorded the “A” status by the International Federation of Film Producers Associations. It is also ranked among the top 11 film festivals across the globe, together with the Cannes Film Festival, Berlin Film Festival, Montreal Film Festival, Tokyo Film Festival, and others.

Held annually at the Cairo Opera House, CIFF not only champions new and diverse filmmakers, but also reminds audiences of the importance of equality and representation in the cinema industry.

In its first edition, over 33 countries participated in CIFF, with 100 films screened from countries all over the world, including Japan, Italy, Greece, India, Iran, Algeria, and Turkey. The United Nations Economic, Social, and Cultural Organization (UNESCO) also participated with three short documentaries.

The prize for the first edition was ‘Hathour, the Ancient Egyptian Goddess of Beauty,’ read an Ahram newspaper article in 1976.

Some of the Egyptian films selected in the main competition were Naguib Mahfouz’s Al Mozneboun (Guilty Ones, 1976) and Sana Oula Hob (First Grade Love, 1976).

To promote the festival, ticket prices to the cinema were reduced from 180 piasters to 25 piasters.

The event commenced on 17 August 1976 and the keynote speaker for the opening ceremony was El-Malakh, followed by an mesmerizing concert by Abdel-Halim Hafez, Shadia, and Samir Al-Eskandarani. The closing ceremony featured a stellar performance by Samir Sabri and Samir Al- Eskandarani.

Special awards were given to Iranian directors of photography Mehrdad Fakhimi and Firooz Malekzadeh for their film Stranger and the Fog (1976), while the golden prize for best short film went to Iranian film Wooden Pistols (1975) directed by Shapur Gharib. Honorary awards went to Italian actress Claudia Cardinally and Italian director Alberto Lattuada.

This November will see the festival’s 44th edition: another chance to celebrate the cinema industry in a place that never forgot its resonance.