HomeAfricaKing Charles will not go to Cop27 in Egypt, No 10 confirms
AfricaBusinessEconomyEgyptEnvironmentEuropeFeaturedNews

King Charles will not go to Cop27 in Egypt, No 10 confirms 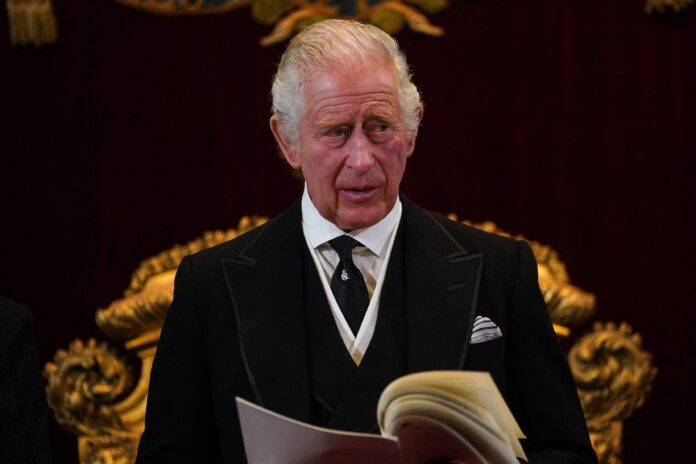 King Charles will not attend the Cop27 UN climate summit, Downing Street has said, as it is not the “right occasion” for him to do so.

The former prime minister Liz Truss had asked the king not to attend the talks, and her successor, Rishi Sunak, had left that request in place, No 10 confirmed.

The monarch is passionate about the climate emergency but, according to Downing Street, it was “unanimously agreed” by Buckingham Palace and the government that the king would not attend.

Downing Street said the absence of Sunak and the king did not mean environmental issues had slipped down the agenda because three cabinet ministers – the foreign, business and environment secretaries – would attend the summit.

But hours before this announcement, the environment secretary, Thérèse Coffey, described the summit as just “a gathering of people in Egypt”.

Asked why the prime minister was not attending, she told LBC: “The politically big significant things happen every five years … while at the same time, of course, the UK continues to show global leadership, as opposed to just a gathering of people in Egypt.”

She had said earlier it was up to the king to decide whether or not to attend.

On Friday night the Times reported a source as saying the king was “champing at the bit” to go and would be disappointed by the government’s stance.

However, the Guardian understands that the monarch will still be following Downing Street’s advice not to attend the climate summit.

The prime minister has faced criticism for deciding to snub the talks because of other “pressing domestic commitments”.

The Labour leader, Keir Starmer, said Sunak’s absence amounted to a “failure of leadership”. The PM should not just attend the conference, he said, but “pull world leaders together”, adding that British people who could not pay their energy bills expected Sunak to be “on the world stage sorting these problems out”.

The former culture secretary and Boris Johnson ally Nadine Dorries said on Twitter it was “wrong” for Sunak to not attend, because global warming was one of the “biggest crises facing our planet”.

She challenged the former business secretary Jacob Rees-Mogg on his assertion that Sunak was “right” not to attend, tweeting: “For balance, my friend … the prime minister is WRONG not to go to COP. Global warming is the biggest crisis facing our planet and net zero creates many 1000s of jobs which is good for the economy. COP in Glasgow was most successful ever … but don’t expect media to report that.”

In response, a Downing Street spokesperson said the government remained “absolutely committed” to leading international action on the climate emergency despite Sunak’s absence.

Wera Hobhouse, the Liberal Democrats’ climate spokesperson, quipped: “When Nadine Dorries becomes the voice of reason in the Conservatives, you know we’re in trouble.

“Rishi Sunak’s cabinet are promising nothing but delays to climate action at a critical point. We must not allow our climate targets to be missed due to this inept Conservative government.”

King Charles attended Cop26 in Glasgow last year as heir to the throne, and the Queen addressed delegates via a recorded video message.

John Kerry, the US special envoy on climate change, who was pictured in parliament on Thursday, said it would be “very powerful” if the king could attend the talks.

Speaking during a hospital visit in south London, Sunak said he was “passionate” about leaving an environment that was “better for our children and grandchildren”, before adding: “I just think, at the moment, it’s right that I’m also focusing on the depressing domestic challenges we have with the economy. I think that’s what people watching would reasonably expect me to be doing as well.”

Rees-Mogg, who recently took back his old claims that Sunak is a “socialist”, said the PM was “right” to not attend the summit.

“The prime minister is right not to go to Cop. The cost of living won’t be solved in Sharm el-Sheikh, where each hotel room for the conference is £2,000 a night,” he tweeted.