HomeBusinessEgypt calls for GERD talks after one year pause due to internal...
BusinessEconomyEgyptFeaturedNewsPolitics 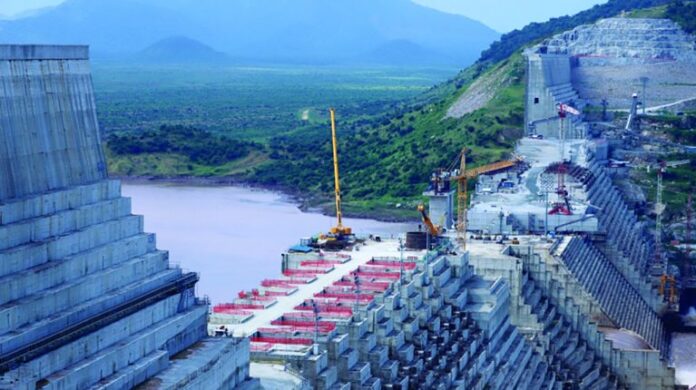 As of the beginning of 2022, Egypt has been calling once again on Ethiopia to resume dialogue on the contentious Grand Ethiopian Renaissance Dam (GERD).

Last week, President Abdel-Fattah Al-Sisi emphasised Egypt’s political will in reaching a binding legal agreement on filling and operating the dam within an appropriate time frame and in a manner that enhances regional security and stability based on the rules of international law and security council resolutions.

This came during discussions with his Djiboutian counterpart, Ismail Omar Guelleh, on developments pertaining to the dam last week.

In a recent statement by Egypt’s Prime Minister Mostafa Madbouly, he affirmed Egypt keenness to reach a legally binding agreement to fill and operate the GERD that balances between Ethiopia’s ambition to achieve the maximum possible benefit from the dam and not causing harm to downstream countries Egypt and Sudan.

Sudan, despite internal issues and border conflicts with Ethiopia, has also called for resuming talks on the dam with Egypt and Ethiopia.

Throughout the previous year, the outbreak of civil war in Ethiopia and tensions in Sudan led to the side-lining of the GERD dispute between the three countries.

The internal conditions in Sudan and Ethiopia also led to the expiration of the time period set by the United Nations’ Security Council regarding reaching a legal agreement between the three parties.

Experts from the three countries are hoping that negotiations would resume whenever the war in Ethiopia ends and the situation in Sudan stabilises eventually.

Egypt’s demands are clear and known to everyone

Member of Egypt’s GERD Negotiating Committee Alaa Al-Zawahiri said that “Egypt always welcomes any steps or statements related to resolving the controversial points about the GERD,” noting that he believes that negotiations were suspended due to the internal events of the countries of Ethiopia and Sudan.

Al-Zawahiri said that the most important thing in the next stage is to sit at the negotiating table and come up with positive results represented in signing an agreement that binding for all parties during periods of drought to serve the development efforts of Ethiopia and not harm downstream countries.

He noted in his statements that “so far, no country has not received an official invitation to resume negotiations as recommended by the security council” and that “Egypt’s demands are clear and known to everyone, whether mediators or the international community or any other parties, and they are certainly legitimate demands.”

Stability in Ethiopia will return talks

Diaa El-Din Al-Quassy, the Adviser to the former Egyptian Irrigation Minister, believes that due to instability in Ethiopia, there will be no opportunity to talk about the GERD, adding that the dam’s construction has more or less been suspended because Addis Ababa needs all the money it can get to support the war effort.

He added in press statement that “during the state of wars and internal tensions in Ethiopia, we found that there is a state of drought or no rain for more than two months, so that is why all matters related to the dam are suspended.”

However, Al-Quassy suggested that he “feels that some kind of stability occurred after Ethiopian leadership began to control the situation in its country as a result of external support, so negotiations concerning the GERD could resume in February.”

“Before the current internal crisis, they were talking in Ethiopia about the start of generating electricity from the dam next February, but after the current conflict, we do not know whether they can stick to that plan. It depends on how the war will end, as no voice can rise above the voice of battle.”

Regarding the stance of the security council, Al-Quassy said everyone is now looking for a solution to the conflict and feeding the millions of starving displaced people, as this is a much greater priority than resolving the GERD dispute.

Sudan cannot hold talks in the absence of a government

As for the condition in Sudan, Al-Quassy explained that “the instability of Sudan certainly affects the issue of the dam, as the Sudanese leadership is now busy searching for a political solution to the country’s crisis, and I do not imagine that there will be important decisions regarding the GERD soon.”

Abdel-Wahab Mousa, the Managing Editor of the Independent Sudanese newspaper Al-Watan, agrees with Al-Quassy, confirming that “Sudan cannot hold talks in the absence of a government, and the matter will be limited to negotiating about technical points.”

He also suggested that “Sudan may be not able to play a mediating role between Ethiopia and Egypt, even though it has an interest and has few problems with the dam at the same time.”

However, he also said that “Sudan is the biggest beneficiary of the dam, and the declaration of Ethiopia is good and can lead to progressing the relationship between Sudan and Ethiopia. Sudan would benefit from the dam in the field of electricity, agriculture, and fish farming.”

“However, there will be no progress in relations between Addis Ababa and Khartoum at the expense of Sudan’s relations with Egypt, because there are still common interests between Egypt and Sudan.”

The issue here is that the GERD is no longer a priority for the international community and the security council, as the wars and turmoil in Ethiopia and Sudan have taken centre stage. However, Ethiopia is required to implement the recommendations of the council regarding a new round of negotiations to reach a binding legal agreement that achieves the interests of the parties to the crisis, he also said.

He continued that “Ethiopia has tried and is still taking advantage of the time factor in order to impose a fait accompli, but this does not prevent the international community from working to reduce and stop it until an agreement is reached regarding the filling and operation, noting that an agreement must be reached between the three parties.”

What recently happened by Ethiopia?

In a surprising step, Ethiopia announced by the end of January that it will soon start producing energy from the GERD, which is still being disputed by downstream countries Egypt and Sudan, but it said that this step does not mean “the suspension of the tripartite negotiations.”

Ethiopian Foreign Ministry Spokesperson Dina Mufti said that his country will soon start producing energy from the dam, calling on downstream countries to “adapt to what the GERD has reached, as its completion has become a fait accompli,” as he put it.

Mufti stressed that energy production from the dam does not mean stopping tripartite negotiations between Egypt, Ethiopia, and Sudan on outstanding issues in order to reach a win-win solution,” noting that “Sudan should celebrate this event because it is the biggest beneficiary.”

Government officials in Ethiopia have said that an announcement will be made within days regarding the production of the first electric power from the dam, which has a construction rate of about 82% and an expected production capacity of 700 megawatts from two turbines, which is expected to cover 20% of the country’s electricity needs.

Water expert and professor of geology at Cairo University Abbas Sharaki doubted Ethiopia’s statement saying that the GERD is still without electricity and that the third storage’s effectiveness is doubtful.

He explained that “satellites are keeping us updated on the developments of the dam, as until today it has not witnessed any progress and the flooding of the Blue Nile waters continues from the top of the middle passage with all the gates closed, and Ethiopia is still trying to prepare the first low turbine for operation.”

“Time is passing, and five months remain until the new rainy season, and there are no engineering achievements on both sides of the dam, and some pictures have appeared from the dam area of ​​the power station from the inside in a race against time to operate as soon as possible.”

He indicated that the weak engineering constructions indicate that the third storage’s implementation is precarious, which was expected to reserve about 10 billion cubic metres at a level of 590 meters above sea level, and if it does work, it would be limited.

The need to restart the negotiations has become more pressing after Ethiopia disclosed plans last month to fell 17,000 hectares of forest around the dam ahead of the third filling of the reservoir. Before the second filling in July last year, 4,854 hectares of land were cleared.

Egypt and Sudan demanded that Ethiopia refrain from taking any unilateral measures concerning filling the dam’s lake or operating it prior to concluding a binding legal agreement that guarantees them to limit the expected negative effects of the dam.