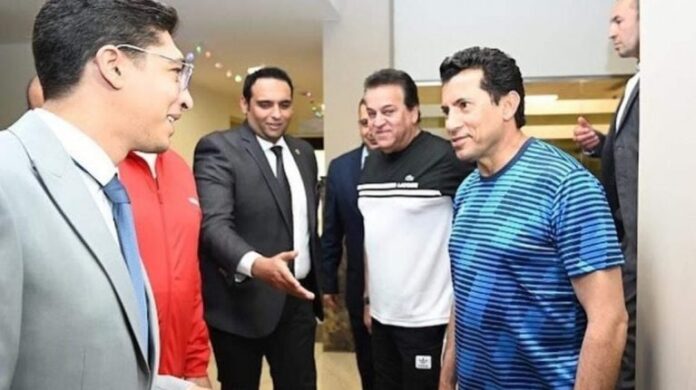 The Egyptian Federation for Recreational Games — in cooperation with the Central Administration for Sports Development — held the country’s first American dominoes championship from 19 to 20 August at the Youth Development Centre.

The tournament was held under the auspices of Minister of Youths and Sports Ashraf Sobhy and qualifies Egypt to participate in the World Dominoes Championship that will be held in the Dominican Republic in October.

For his part, Ahmed Al-Bakry — President of the Egyptian Federation for Recreational Games — thanked Sobhy for his full support to the federation, noting that the federation includes five games — dominoes, backgammon, curving ball, lido, and footfoli.

He added that the federation is also involved in all international bodies and federations and organises this tournament to discover skilled players to represent Egypt in world championships.

In terms of prizes, the dominoes tournament gave the first four places the honour of representing Egypt in the world championship, and the fifth-place winner was awarded a financial prize of EGP 5,000, the sixth-place winner EGP 3,000, seventh-place EGP 2,000, and EGP 1,000 to everyone from eighth to 16th place.

Al-Bakry indicated that the number of people who contacted the federation to inquire about participating in the Egyptian Domino Championship exceeded 3,000 people, however, only 112 participated.

Furthermore, he stated that the federation is expanding rapidly to bring new sports to Egypt and eventually qualify for their championships and that the sports ministry provides all forms of support to the federation.

For his part, Mohamed Gamal Al-Din — Director of External Relations at the Egyptian Federation for Recreational Games — said that the federation received official invitations to participate in the upcoming World Championships for Dominoes and Backgammon, and that its main goal is to expand the circle of community participation in sports during the coming period.