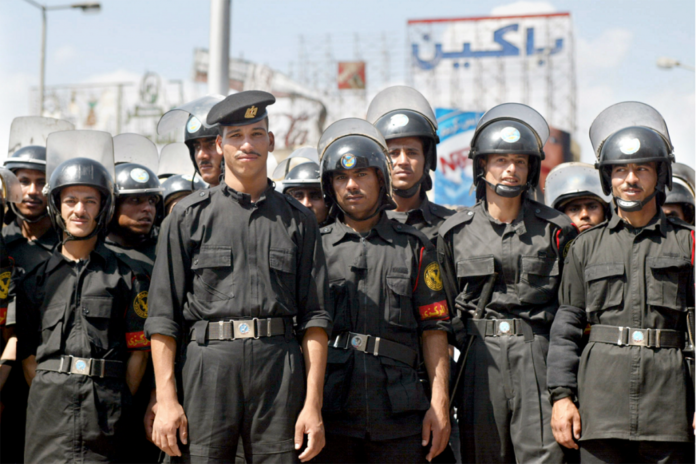 As Egyptian activists call for protests to coincide with the UN climate summit next month, security forces have erected checkpoints in the street and are checking mobile phones for anti-government content. People found with critical posts could be arrested and detained, even though electronic correspondence can only be examined with a judicial order.

Spot checks usually take place in the lead up to the anniversary of the January 2011 uprising, when Egyptians overthrew dictator Hosni Mubarak, and 30 June, when the military oustedPresident Mohamed Morsi.

Security personnel were deployed in the main squares across the capital to deter Egyptians from gathering to demonstrate.

Many citizens were warned not to return to Tahrir Square, the centre of the 2011 protests, or surrounding streets where they anticipated more protests could be held.

Others were transferred to police stations for investigation and interrogated about why they were in the area and whether they were planning to take part in protests.

The roadblocks began to appear more frequently following the September protests which took place in 2019 and 2020 when dozens of protesters took to the streets calling on President Abdel Fattah Al-Sisi to stand down.

Social media users reported that public transportation was being stopped and passengers were asked to get off so that their ID cards and social media accounts could be checked.

In 2013 the Egyptian government effectively banned protests with a new law which promised hefty fines and jail time for demonstrating.

As well as calls to protest, Egyptian human rights defenders have been raising the pressure on the government to stop committing violations ahead of COP27.