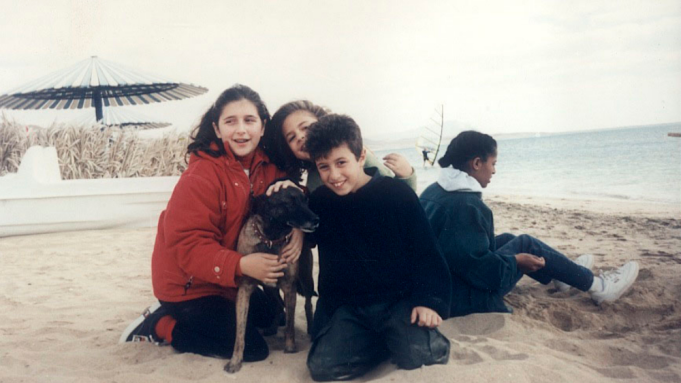 The event features films from 10 countries, including five from the host nation, with 11 fiction and documentary features in development and five currently in post-production being presented to producers, distributors, sales agents and festival programmers.

This year’s edition received a record 135 submissions, according to incoming Cairo Film Connection manager Lynda Belkhiria, pointing toward a broader surge in production across North Africa and the Middle East. “There is a need, there is a demand,” she said. “There is something going on across the region.”

Many of the projects are female-led and examine the ongoing struggle of women to define themselves against the expectations of their families and societies. Still others show characters — and filmmakers — grappling with the past, examining the intersection of the personal and the political, and offering a kaleidoscopic portrait of a rapidly changing region.

The two completed narrative features looking to soon make a splash on the festival circuit include Jordanian helmer Amjad Al Rasheed’s buzzy feature debut “Inshallah a Boy,” which won the top prize at the Venice Film Festival’s Final Cut program and is also taking part in the Marrakech Film Festival’s Atlas Workshops. The film tells the story of a mother and housewife who pretends to be pregnant after her husband’s sudden death in order to subvert the country’s patrilineal inheritance laws.

The other feature being presented to buyers and festival programmers in Cairo is “Red Path,” the sophomore effort from Tunisian director Lotfi Achour, which follows a young shepherd struggling to overcome trauma after a gruesome terrorist attack.

The seven features in development include Sudanese-Russian filmmaker Suzannah Mirghani’s “Cotton Queen,” which is produced by Annemarie Jacir and Caroline Daube and won the ArteKino Award at the Cannes Film Festival’s L’Atelier this year. Set in a cotton-farming village in Sudan, the film follows teenage Nafisa as she begins to question cultural expectations and the collapsing cotton industry, under threat from pests — both insect and human.

The movie takes its title from a beauty pageant prize given to a girl working in the cotton industry during British colonial rule — a title the director seeks to reappropriate and subvert. “In this film, I transform the concept of the Cotton Queen into one that is more reflective of a Sudanese girl awakening to her sense of self, beyond beauty and marriage, to have a real impact on her community,” said Mirghani. “The protagonist Nafisa is part of a new generation of Sudanese girls who exceed their predicted roles as apolitical wives and mothers.”

Also being pitched is “Over Three Days,” from multihyphenate Tamer Ashry, whose 2017 debut “Photocopy” scooped a host of awards on the Arab film festival circuit. His sophomore feature, an off-beat comedy produced by Baho Bakhsh of Red Star, follows a woman who’s given a three-day ultimatum to decide if she wants to remain with her husband — until she discovers he’s already engaged to another woman, who he hopes will produce the child his wife couldn’t.

Ashry confessed that he saw himself in the script, as a man who’s “been shaped by this patriarchal society.” “The ideas and values implanted within me were ones which contributed to the struggle which Shireen faces, as well as my mother, sister and so many female figures in my life,” he said. After struggling with the sense that he “didn’t have the willpower” to fight against that structure, that’s begun to change. “I want to be part of Shireen’s naïve humane revenge against these taboos which have caused enough emotional ailments needing a whole decade to heal,” he added.

Among the documentary projects being pitched in Cairo is “Searching for Woody” (pictured, top), the sophomore feature from Shazli, whose first feature, “Back Home,” focused on her relationship with her father and was largely set in her family home during the pandemic. Her second film follows the director as she moves into a small apartment in the Cairo suburbs in an effort to sever the umbilical cord from her mother — the filmmaker and producer Marianne Khoury, who was the niece and collaborator of late Egyptian screen legend Youssef Chahine.

The film, which is produced by Khoury, takes its title from the eponymous Ethiopian nanny who helped raise Shazli and follows the director’s efforts to find her after she left Egypt. “This is a story of my childhood in Cairo with my nanny Woody, but this is kind of an excuse to talk about my relationship with my mother, which is a complex relationship,” said Shazli.

The documentary, which uses extensive archival footage, is both a “personal” and “intimate” story, she added, but also a wider exploration of motherhood. “This film is a way of burying the painful traumas of the past in order to move forward with your life.”

Also anticipated is the latest from multi-disciplinary Palestinian artist Shomali, whose award-winning animated documentary “The Wanted 18” premiered at Toronto. “Theft of Fire” explores the allegedly illegal excavation of Palestinian antiquities by Israeli military leader and politician Moshe Dayan in a hybrid film project that examines the loss of cultural history by way of an action-packed, partly animated heist thriller.

The film, which is a co-production between Rashid Abdelhamid of Made in Palestine Project and Ina Fichman of Montreal-based Intuitive Pictures (“The Wanted 18”), will use archival materials, re-enactments, and interviews (both real and CGI deep fakes).

“It is a historical documentary, but about a story that didn’t happen. The story is not real,” the director told Variety last year. “We’re going to have interviews with Moshe Dayan and [late Israeli politician and peace activist] Uri Avnery, with Palestinians inside the prison, but the overall story of the heist itself didn’t happen. But we’re going to edit the film in a way that this possibility of a heist could have happened.”

Here are the projects taking part in the event’s 9th edition: