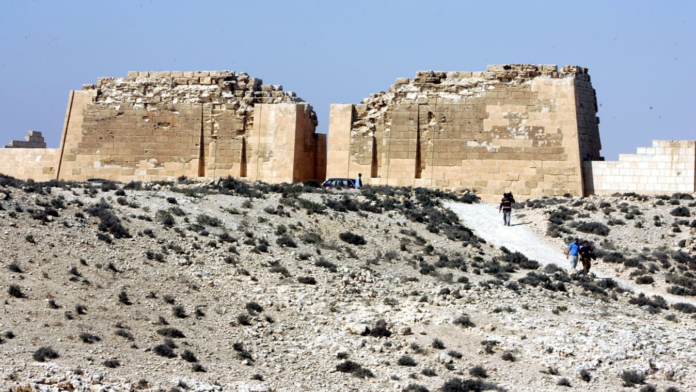 Kathleen Martinez, an archaeologist at the University of Santo Domingo, has been searching for the lost tomb of Cleopatra for nearly 20 years. Now she believes she’s made a pivotal breakthrough.

“The most interesting discovery is the complex of tunnels leading to the Mediterranean Sea and sunken structures,” she added. Exploring these underwater structures will be the next stage of her search for the Egyptian queen’s lost tomb — a journey that began in 2005.

“My perseverance cannot be confused with obsession. I admire Cleopatra as a historical character. She was a victim of propaganda by the Romans, aiming to distort her image,” Martinez said.

“She was an educated woman, probably the first one who studied formally at the Museum in Alexandria, the center of culture in her time,” according to Martinez, who said she admires Cleopatra as a student, a linguist, a mother and a philosopher.

When her husband, the Roman general Mark Antony, died in her arms in 30 BCE, Cleopatra took her own life soon after by allowing an asp to bite her, according to popular belief. The moment has been immortalized in art and literature — but, more than two millennia later, little is known about where their remains lie.

A series of clues led Martinez to believe Cleopatra’s tomb might be located in the Temple of Osiris in the ruined city of Taposiris Magna, on Egypt’s northern coast, where the Nile River meets the Mediterranean.

Chief among them was the name itself. According to Martinez, Cleopatra was considered in her time to be “the human incarnation of the goddess Isis,” as Antony was considered to be that of the god Orisis, Isis’ husband.

Martinez believes Cleopatra may have chosen to bury her husband in the temple to reflect this myth. Of all the 20 temples around Alexandria she has studied, Martinez said, “no other place, structure or temple combines so many conditions as the temple of Taposiris Magna.”

In 2004, Martinez took her theory to Zahi Hawass, an Egyptian archaeologist who was then Egypt’s minister for antiquities affairs. Her project was approved a year later.

And after years of searching, Martinez feels she is getting close.

The excavations so far have revealed that “the temple was dedicated to Isis” — which Martinez believes is another sign that the lost tomb lies nearby — as well as the tunnels below the sea.

Now, Martinez said, she is at “the beginning of a new journey” — underwater excavations.

According to a statement issued by the Ministry of Tourism and Antiquities, the Egyptian coastline has been battered by earthquakes over the centuries, causing parts of the Taposiris Magna to collapse and sink under the waves.

This is where Martinez and her team are looking next. Although it is “too early to know where these tunnels lead,” she is hopeful.

If the tunnels lead to Cleopatra, “it will be the most important discovery of the century,” she said.