HomeBusinessUK economy in decline, Truss’ government will not turn things around
BusinessEconomyEuropeGlobal News

UK economy in decline, Truss’ government will not turn things around 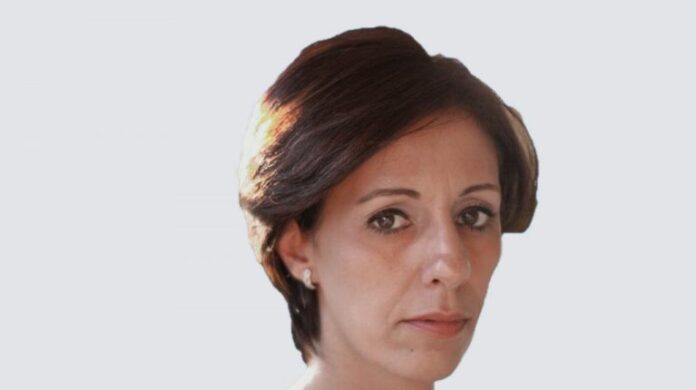 About two decades ago when I was first learning about economic growth, my classmates were dubious of a prediction I made.

The economy credited with the Industrial Revolution — the beginning of modern economic growth — would decline and never again see its previous days of power and influence.

The UK has a serious economic growth problem. The last two weeks have shown not only that things can go from bad to worse, but that the current government has no idea how to turn things around.

“We must face up to the fact that for too long, our economy has not grown enough,” said UK Chancellor of the Exchequer Kwasi Kwarteng on Monday.

“But I refuse to accept that it is somehow Britain’s destiny to fall back into middle league status or that the tax burden reaching a 70-year high is somehow inevitable. It isn’t and it shouldn’t be.”

“The path ahead of us was one of slow, managed decline,” he added.

There is wide acceptance that the UK economy has been in decline. Unlike the days with my classmates, now that statement can be made without much debate.

The economic shocks of the COVID-19 pandemic and Russia’s invasion of Ukraine have only added considerable short-term pressure at the very least – perhaps for longer. It is too early to tell.

And then things went from bad to worse.

On 23 September, Prime Minister Liz Truss’ government revealed its economic plan. Most analysts – and rational people – immediately saw it as having fiscally irresponsible tax cuts that would increase the budget deficit and feed inflation. Both are already problems in the UK.

I think Sonali Punhani, Chief UK Economist for Credit Suisse, captured my and many people’s thoughts on that day best when she said on CNN: “I’m struggling to think about what can make this work.”

Truss’ plan is based on a fantasy from the Thatcher/Reagan era that has never materialised – that cutting taxes for the rich will translate into economic growth. I say fantasy because there is no evidence to demonstrate it does.

Looking at tax cuts in 18 advanced economies over 50 years, two economists from King’s College London found tax cuts consistently benefited the wealthy but had no meaningful effect on economic growth or unemployment.

In the days that followed the announcement of Truss’ economic plan, interest rates shot up sharply and the UK pound hit an all-time low against the USD with trading at $1.035 last Monday. The Bank of England had to step in to limit the damage.

More concerning is the extraordinary loss of confidence seen in the market reaction to the economic plan, which will take some time to earn back. This will be no small task.

“Right now, British markets aren’t acting like those of an advanced country. They are, instead, behaving like those of a developing country, in which investors tend to see budget deficits as a sign of irresponsibility and a harbinger of future policy disaster,” wrote economist and Nobel Laureate Paul Krugman.

“The markets may be overdoing it. Britain isn’t Argentina, and it surely has the economic, the administrative and, I think, the political capacity to turn things around. But the fact that markets are treating it as if it were Argentina shows just how extraordinary a crisis of confidence Liz Truss has managed to create within days of moving into No. 10 Downing Street,” he added.

As much as I respect Paul Krugman, I disagree. Whether it is Brexit, its negotiated exit, or Truss’ new economic plan, these days it is hard to have confidence that a UK government will serve as a proper guardian of its economy.

After Monday’s speech at the Tory conference when Kwarteng walked back the tax cut for the UK’s highest earners, the British Pound rebounded to the pre-announcement value of $1.128 and investors welcomed the government’s willingness to change course.

But this change only saves about £2-3bn a year of the estimated £146bn the economic plan will cost over the next five years – from a budget with a deficit. And it is the only part of the economic plan which has been reversed since its release.

Rightly so, investors remain hesitant about the impact of the other tax cuts in the economic plan and that the government did not engage with the Office for Budget Responsibility (OBR), the independent fiscal watchdog, before announcing its economic plan.

Instead — in a highly unusual move — Truss and Kwarteng met with the OBR on Friday before being presented with a first draft of its full fiscal forecasts next week. Thursday night, the OBR confirmed that it could have produced a forecast in time for the plan but was not asked to do so by Kwarteng.

During the weekend, when protestors around the UK took to the streets, it was hard to know whether they were gathering for the cost-of-living crisis, the railway strike, problems with the National Health Service, or issues in the education system.

So, to recap, a government in power for about one month: 1) Announced an economic plan based on a fantasy 2) without seeking technical advice 3) sending markets into chaos 4) adding to the exact problems that need to be addressed 5) quickly tanking the currency 6) prompting the IMF to issue an unprecedented warning 7) and other major world economies to issue statements about closely monitoring developments 8) sending even more of its citizens into the streets to protests 9) and is unable to secure consensus from its own party.

Dare I say that the current government has no idea how to turn things around?

It’s not polite to take delight in others’ misfortune, but in the case of the UK economy, I happily make an exception. To see an economy that has been built at the expense of so many of the world’s societies and economies slowly decline and in the last weeks start to unravel seems like some sort of economic poetic justice. I have had no restraint in saying to my old classmates: “I told you so.”