Biden to meet with Chinese President Xi Jinping as he heads on post-midterms trip to Egypt, Cambodia, Indonesia 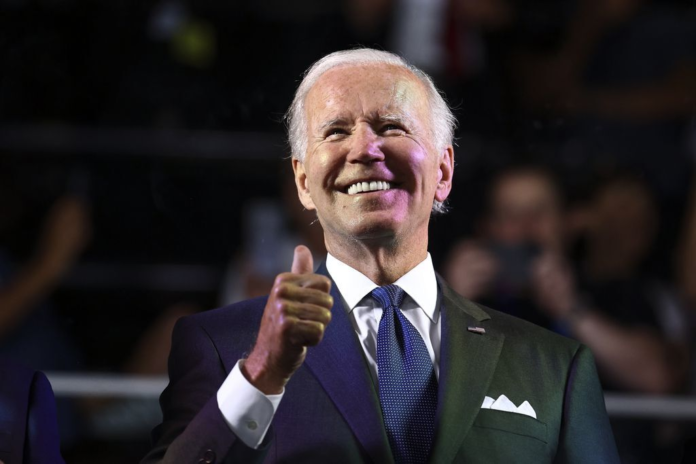 President Joe Biden is set to meet with China’s President Xi Jinping on Monday while the two are in Bali, Indonesia, for the annual summit of leaders from the “Group of 20” industrialized nations. This will be the first time the two have had a face-to-face meeting since Biden took office.

“The Leaders will discuss efforts to maintain and deepen lines of communication between the United States and the PRC, responsibly manage competition, and work together where our interests align, especially on transnational challenges that affect the international community. The two Leaders will also discuss a range of regional and global issues,” White House press secretary Karine Jean-Pierre said in a statement Thursday.

Biden is set to depart Thursday for a three-country tour to Egypt, Cambodia and Indonesia as he pivots to foreign policy following his party’s surprising electoral successes.

The president plans to make a quick stop in Egypt for the annual United Nations global climate summit, followed by a longer visit to Cambodia for a pair of conferences with southeast Asian nations.

He’s then scheduled to fly to Indonesia, for the G-20 summit, where he will meet with President Xi Jinping.

Here’s a look at what to watch for as Biden heads abroad.

Biden often speaks of his long relationship with Xi, whom he has spoken to five times as president — but never in person.

Both leaders have emphasized the importance of managing their countries’ strategic relationship — amid China’s global rise. The Biden administration recently labeled China “the only competitor with both the intent and, increasingly, the capability to reshape the international order.”

For its part, China has called on the U.S. to stop trying to contain its rise. It has also taken issue with American tariffs on Chinese imports and on U.S. lawmakers’ support for the self-governing island of Taiwan, which Beijing considers part of China.

“One of the things we think is really important is that we find a way to build a floor for the relationships, and that for us means, No. 1, making sure that there are rules of the road, that there are ways that we bound the completion,” a senior administration official told reporters Thursday. “The way we’ve heard this from our Chinese friends is ‘stopping the downward spiral.'”

The official also emphasized the need to establish “ongoing lines of communication” as one of the “biggest pieces for what success looks like.”

The leaders are also expected to discuss Russia, the war in Ukraine and North Korea.

On North Korea, the official said the president will approach his conversation with Xi in a spirit of historical cooperation on the issue of nonproliferation but declined to offer any specifics of what asks the president may make of Xi.

China has toed the line with Russia, aligning itself with Moscow but declining to provide military assistance for its invasion. It has not, however, joined widespread sanctions on Russia.

“What I want to do with him, when we talk,” Biden told reporters Wednesday, “is lay out what the – what kind – what each of our red lines are, understand what he believes to be in the critical national interest of China, what I know to be the critical interest of the United States, and determine whether or not they conflict with one another. And if they do, how do we resolve it and how to work it out.”

Biden said Wednesday he did not expect Putin to attend the G-20; the White House had said previously that Biden did not intend to meet with him even if he did go. The two leaders have not spoken since Russia launched its invasion of Ukraine in February.

The Kremlin announced Thursday that Putin will not travel to Bali for the G-20 summit, but Foreign Minister Sergei Lavrov will attend in his place. Putin may attend meetings virtually.

Biden had last month left the door open a crack for a potential meeting if, he said in an interview, Putin wanted to discuss WNBA star Brittney Griner, an American who has been detained for months in Russia.

“I mean, it would depend,” Biden said.

Tensions between Russia and the West remain extremely high, with unprecedented sanctions on Moscow and Putin becoming a global pariah as he continues to wage war.

Ukraine will take center stage, with Europe heading into winter with limited natural gas from Russia and spiking energy costs. The war has put pressure on economies across the world, and Biden will look to maintain a solid front against Putin.

Before heading to Asia, Biden will stop in Sharm-el-Sheikh, Egypt, to address the United Nations’ global climate summit, known as COP27.

After playing a prominent role at last year’s gathering in Scotland, Biden is heading to Egypt with an historic legislative win in hand: his Inflation Reduction Act, which contained $369 billion in investments in climate and clean energy programs.

But the U.N. has said the world is far off track from the global goal of limiting warming to 1.5 degrees Celsius, and countries are expected to focus on how to make up that gap. A report released Tuesday from a coalition of local leaders and private businesses found Biden’s law, combined with state and local action, could meet the president’s goal to reduce U.S. emissions by 50% to 52% by 2030, as long as current policy trends continue.

The poorest nations are facing the worst impacts of climate change and many want financial compensation. The United States, though, is not yet on board with new funding.

With Biden hitting the road so soon after his party’s surprising midterm performance, he’ll have to keep an eye on developments back in Washington – and how they could impact U.S. foreign policy.

Some Republicans, who may be on the verge of taking control of the House of Representatives, have decried the billions of dollars of military and financial aid that the U.S. has provided Ukraine. Biden said Wednesday he did not think America’s bipartisan support for Ukraine would erode.

Other world leaders, too, will likely try to understand what impact the vote in America may have on their countries.

American officials may face questions from their foreign counterparts, not to mention reporters, trying to make sense of what’s next for U.S. foreign policy.

A hallmark of Biden’s foreign policy has been his re-engagement with the world and traditional U.S. partners after four years of the Trump administration’s isolationism.

His attendance at U.N. climate conferences, and his attendance at two major regional conferences in Phnom Penh, Cambodia, reflect his endorsement of international institutions and multilateralism for addressing global challenges.

The president plans to attend a summit with members of the Association of Southeast Asian Nations, or ASEAN, and another with East Asian nations. While no major announcements are expected, his presence will be symbolic following the turbulent years under President Donald Trump.

But even with Biden at the helm, many nations will continue to question whether “America is back” on the world stage – as Biden proclaimed last year – or if the pendulum has merely swung back toward the rest of the world temporarily.